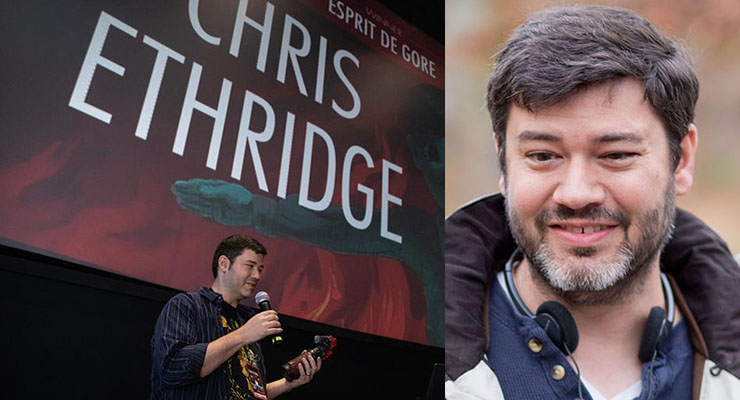 Regarding his work on "Attack of the Morningside Monster", Ain't-It-Cool-News wrote: "Director Ethridge and Writer Palmer leave just enough black holes in the plot so the killer could be anyone in the film, slowly revealing more and more about the killer and his MO as the body count rises. This is done with a patient and deft hand."

Ethridge was honored with the prestigious Esprit de Gore award at the 2018 Nightmares Film Festival. He won Best Director U.S. Feature at the 2019 Austin Revolution Film Festival for his work on Haven's End. He is currently developing his next project, a feature-length dramatic action/thriller.